In 1967 Quaid-i-Azam University (QAU), Islamabad, was authorized by Ministry of Education, Government of Pakistan, to establish a Centre for the Study of the Civilizations of Central Asia in order to cooperate with UNESCO as a participating member representing Pakistan in its program on Central Asia. In UNESCO there was proposal to expand the scope of the centre and make a comparative study of the civilizations of whole of Asia. With the consent of the Governmentof Pakistan, QAU accepted the proposal and accordingly the name of the centre was changed to Taxila Institute of Asian Civilizations (TIAC).

The syndicate of the University approved the project, thus, accepted the TIAC as a constituent part of the University and permitted it to enrol students for M.Sc, M.Phil and Ph.D programs. Accordingly, TIAC got approved its courses for M. Sc, M. Phil and Ph. D in 2010 and enrolled students in all the three programmes in 2010 – 2011 academic year.

The whole objective of the TIAC is now changed from the history given above in regard to its predecessor, Center for the Study of the Civilizations of Central Asia. Earlier the Centre was primarily concerned with Central Asia while the focus of the TIAC is on the comparative studies of the civilizations of entire Asia. Earlier the focus was mainly on seminars, conferences and contacts with Central Asia which culminated in the production of the history of Central Asia. Now the focus is on field work. For the first time such aninstitute has been provided in the university so as to prepare the students to have a broader view of the history and culture of the entire Asia. The students, now, have the opportunity of research on civilizations vis-a-vis the Asian point of view in TIAC. 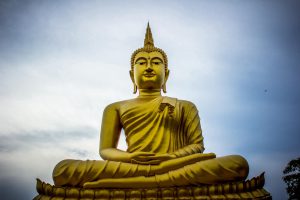